Recognises grassroots, not-for-profit organisations who have achieved positive social impact in the community through their environmental and sustainability work.

This award recognises outstanding community leadership and commitment from not-for-profit organisations whose environmental and sustainable initiatives are locally relevant, have a strong social impact and have widespread benefits for communities.

Only open to not-for-profit organisations in New South Wales. 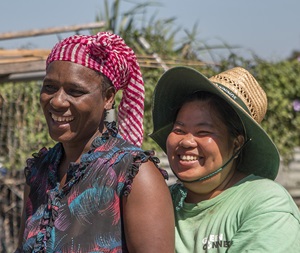 The Illawarra region has one of the highest unemployment rates in the country; for young people and refugees, jobs are especially scarce. Local social enterprise Green Connect was established in 2010 to provide meaningful work for these groups. Initially concentrating on waste recovery and recycling, Green Connect has since expanded into labour hire services and the Green Connect organic farm. Green Connect has diverted more than 2000 tonnes of waste from landfill while supporting its workers to transition to mainstream employment.

OzFish Unlimited is a not-for-profit organisation engaging with recreational fishers and the broader community to help protect our waterways and improve fishing grounds. Since its founding in 2015, OzFish has grown rapidly restoring fish habitats from Moreton Bay to the Canning River. Its partnerships with outdoor equipment retailer BCF, peak bodies, tertiary institutions, local councils and Indigenous groups has brought its work wide exposure and community support. Last year, OzFish raised $1.4 million in donations and grants. 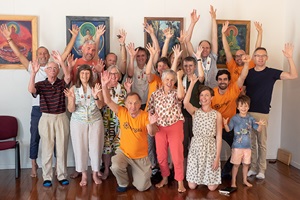 Pingala is creating new business models that broaden the community’s access to renewable energy. Initiatives include: crowd-funded solar installations at Sydney’s 4 Pines and Young Henry’s breweries that return dividends to community investors; solar gardens that enable renters and low-income households to purchase off-site solar panels and receive credit on their energy bill from the electricity generated; and, in partnership with the Valley Centre, a Solar Rolling Fund providing no-interest loans for Indigenous communities to install solar arrays and batteries.