$1.6 billion for environment and heritage

Environment and Heritage Minister Robyn Parker today announced an increase in funding for the Environment Protection Authority and a significant boost to major public parklands as part of a $1.6 billion budget for the state’s environment and heritage. 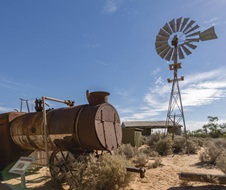 Ms Parker said the NSW Government is protecting national parks and local heritage, creating more opportunities for people to enjoy and care for their local environment and defending communities from pollution and environmental harm.

“The EPA’s budget will increase to $141 million this year to strengthen environmental protection across the state and support a modern and independent regulator,” Ms Parker said.

“We’re serious about supporting the EPA to implement waste reforms and programs that will protect environmental standards and enhance public health and safety – such as illegal dumping.

“The budget provides over $90 million to implement the Government’s waste strategy – including more than $18 million to help combat illegal dumping and littering.

“This is part of the Government’s $465 million commitment over five years for waste and recycling reforms.”

Ms Parker said the NSW Government will also spend $486 million for NSW parks and related services which will help to improve visitor opportunities and protect native plants and animals.

“In addition, a further $40 million will be provided for investment in parks this year to improve facilities for visitors such as walking tracks and accommodation.

“By doubling the amount of hazard reduction in our national parks and boosting fire fighting resources over summer, we’re funding the biggest ever fire management program - $38 million this year alone.

“Western Sydney Parklands and Centennial Parklands have significant budget increases which are part of $103 million for public parklands and gardens throughout the state.

“More than $51 million will be spent on NSW’s unique Aboriginal, historic and built heritage, including $3 million for the NSW Heritage Grants program.”

Ms Parker said the Government will spend more than $12 million on the maintenance of the Hunter Valley Flood Mitigation Scheme.

“We’re providing funding for a series of levees, control banks, spillways, floodgates and drainage canals that provide protection to over 3,000 buildings and 18,000 hectares of agricultural land in the Hunter Valley.

“The community will have more funding to look after and protect their local environments through education and support programs worth $82 million from the Environmental Trust.

“To complement this, the Government is providing $30 million this year and $112 million over four years for natural resource management, including threatened species, Aboriginal cultural heritage and native vegetation management. These funds will be provided to Catchment Management Authorities and administered by Local Land Services from next year.

“We are also investing $10 million in the renewal of scientific equipment and $8 million to improve monitoring of changes to native vegetation over the next four years.

“This is a great budget for our state’s environment and heritage and further focuses our efforts on where it matters most to our communities.”