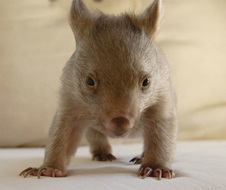 This funding will help support rescue and rehabilitation of injured wildlife affected by the NSW bushfires.

Mr Kean said it was a priority to ensure more funding was being delivered, with 40 current bushfires across the State and the ongoing drought seeing an influx of injured animals.

“100,000 animals are already rescued annually but that number is quickly increasing. This season’s bushfires and the ongoing drought are unprecedented environmental challenges,” Mr Kean said.

“The wildlife rehabilitator sector contributes more than $27 million per annum in unpaid time and resources. Our wildlife heroes need more support so they can keep doing what they do best – rehabilitating our sick and injured native animals.”

The funding will help wildlife rehabilitators respond and prepare for natural emergencies. Community rehabilitation groups and the Foundation for National Parks and Wildlife will be able to access the funds.

Ian Darbyshire, CEO at Foundation for National Parks and Wildlife said they are proud to support this important initiative.

“We will work with NSW National Parks and Wildlife Service to support wildlife rehabilitators in dealing with this emergency situation that we currently face,” Mr Darbyshire said.

The Government is also close to finalising the NSW Volunteer Wildlife Rehabilitation Sector Strategy, which looks to support rehabilitators through improved training and other initiatives.

Vote for your favourite NSW threatened species: Round 1