Environment and Heritage Minister Mark Speakman has announced Sydney’s historic houses will benefit from a major funding boost to upgrade and preserve some of our most important heritage buildings. 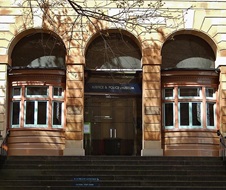 “This is the largest investment in the agency’s 35 year history”, Mr Speakman said.

“It is specifically designed for the conservation and preservation of significant heritage properties, such as Elizabeth Bay House, Hyde Park Barracks Museum and Rouse Hill House and Farm,” he said.

These properties are important to the state and the community as a lasting link with our past.

The first project to be undertaken will be Elizabeth Bay House and the Museum of Sydney will be the second, with improved exhibition spaces and public areas.

The works will enhance public safety and amenity and improve infrastructure across the historic houses that the Trust administers, which include:

Mr Speakman said the increased funding would allow the government to preserve these heritage buildings for future generations.

Pelicans aplenty in the Lachlan Valley this World Wildlife D...

Songmeters and cameras record ducks of all descriptions at G...