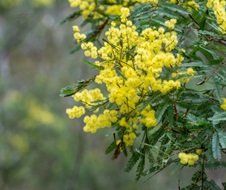 This investment will go towards keeping the State’s environmental watchdog strong, the protection and preservation of NSW’s national park estate, preparing and adapting for climate change,  Australia’s pre-eminent private land conservation program, clean energy investment and the protection of Aboriginal and other cultural and historic heritage.

Mr Speakman said it was a NSW Government priority to support a healthy environment.

“This year’s budget shows the NSW Government puts its money where its mouth is on conservation and environmental protection,” Mr Speakman said.

“The forward estimates include the Government’s commitment to a $240 million investment in private land conservation over five years to help farmers protect and restore high value biodiversity.”

Other Budget highlights include:

$175 million has been allocated to the NSW Environment Protection Authority (EPA) to ensure it continues to operate as a modern, independent and respected regulator, including:

$49 million will be set aside to improve energy productivity, which includes:

$31 million will be allocated to support councils to develop and implement coastal and floodplain management plans and to restore and protect the NSW coastline and its estuaries.

More than $287 million has been set aside for the State’s public parklands, zoos and gardens to improve community enjoyment, scientific research, education, sport, recreation, leisure and cultural experiences. This includes the following capital programs:

Bottle Bend on road to recovery

Macquarie Marshes: making decisions with water for the envir...