The NSW Government has put $9 million on the table to deliver more local projects to save threatened species. 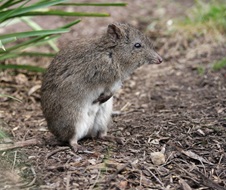 "This is the first time this scale of funding has been available to the community from the Saving our Species (SOS) program," Environment Minister Gabrielle Upton said.

"The new grants program is designed to maximise the number of species that can be secured in the wild under the NSW Government's Saving our Species initiative.

"Saving our Species is investing $100 million over five years to secure populations of threatened species in the wild. Projects are currently in place for some 350 species. Applications open today and I encourage groups to apply for funding for local projects," Ms Upton said.

"By creating long-term partnerships between the NSW Government, community groups and other organisations, more threatened plants and animals can be managed and supported. All applicants are strongly encouraged to develop and deliver projects with other collaborating partners."

Minister Upton announced the grant funding at a function for the Foundation for National Parks and Wildlife held in Manly today.

"This grant is a tremendous opportunity for community groups and organisations to identify a threatened or iconic species and seek shared funding for a project," said the Member for Manly, James Griffin.

"Here in Manly, native animals such as the Long Nosed Potoroo on North Head have benefitted from Save our Species funded programs.

Under the program individual grants of up to $350,000 are available for projects that will run for 7 years and will require a contribution from the successful organisation and project partners.