A fresh perspective on threatened species

This year, Saving our Species has engaged the community with threatened species in a new way: through the eyes and creativity of artists – young and old – across New South Wales. 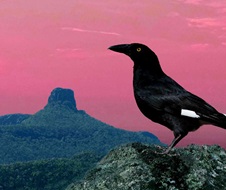 In September, the awards ceremony for the annual Threatened Species Children’s Art Competition took place at Parliament House, with the Hon. James Griffin MP in attendance and presenting awards.

The competition, proudly sponsored by SoS and organised by Humane Society International, aims to inspire and encourage the next generation of environmental leaders.

We were in awe of the creativity and passion demonstrated by the kids who took part in this year’s competition, with green sea turtles, Caley’s grevillea and superb parrots just a few of the NSW threatened plants and animals which captured the imaginations of these young artists.

See all the artworks.

Hosted by Orana Arts, Inc. and supported by Create NSW and SoS, the Art of Threatened Species project has brought together a collective of artists who focus their work on threatened species.

Each artist travelled vast distances and spent many hours researching and immersing themselves into species’ environments, in partnership with an SoS scientist working in the field.

The program culminated in an exhibition at Dubbo Western Plains Cultural Centre to engage new audiences and increase community awareness of threatened species and ecological communities in NSW and the Saving our Species program. The works, on display until 2 February, 2020, attempt to communicate the issues, politics, and emotions that surround at-risk animals, plants and environments.

Have your say on the NSW Koala Strategy