The NSW Government has declared 5.9 hectares at Soldiers Point in Port Stephens an Aboriginal Place, recognising its special significance to the Worimi Aboriginal community, Environment and Heritage Minister Mark Speakman and Parliamentary Secretary for the Hunter and Central Coast Scot MacDonald announced today. 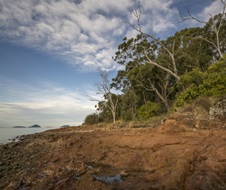 “This announcement is a timely opportunity to make the community and region aware of this area’s Aboriginal and cultural values so they continue to be shared from generation to generation.”

There is also evidence of the Worimi people’s traditional use of the area and the importance of the land and sea environments to Worimi culture.

Mr MacDonald thanked the Worimi people for their partnership and cooperation and Port Stephens Council for its work on the Soldiers Point Aboriginal Place Plan of Management 2015.

“I’m delighted to be able to recognise the Worimi people’s spiritual and emotional connection to this area,” Mr MacDonald said.

“It is a place where Aboriginal families lived and where traditional knowledge and cultural life has continued to be sustained.”

An Aboriginal Place is afforded legal protection for its Aboriginal cultural heritage. Its declaration does not change the status of the land or affect ownership rights.

It is an offence to harm or desecrate an Aboriginal Place.