Environment Minister Mark Speakman today announced that 8.5 hectares of Sutherland Shire Council land near Bundeena has been incorporated into the Royal National Park. 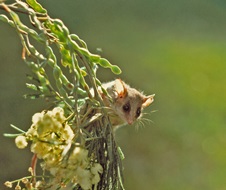 'The 8.5 hectares of land contains upland swamp, a coastal relic cliff dune system and endangered vegetation communities that supports many rare and threatened plants and animals, including the Eastern Pygmy Possum, several species of the honeyeaters and the beautiful Firetail.' Mr Speakman said.

Member for Heathcote Lee Evans said this is welcome news for the local Bundeena community.

'As time passes this former denigrated land will have the opportunity to regenerate to become part of the surrounding national park.'

'The land which is of high scientific value includes two hectares of land, which was used in the past as the Bundeena Night Soil Depot,' Mr Speakman said.

'NPWS will consider options on how best to use the cleared part of the site and welcomes suggestions from the public. All proposals considered will have the Bundeena community and relevant stakeholders in mind.

'Weeds and pest animals will be treated by NPWS under the park’s pest management program, while rubbish will be removed and signage installed to alert the public that the land is now part of Royal National Park.

'The incorporation of these lands at Bundeena coincides with a $2 million upgrade program for the section of the Royal Coast Track between Bundeena and Marley.

'National Parks and Wildlife Service will work with the Sutherland Shire Council and local Bundeena community while these track upgrade works are undertaken.'

The land was transferred to the Royal National Park at no cost to the government.

Energy efficiency plan to drive down cost of living