The Australian Convict Sites World Heritage Property is a series of 11 outstanding heritage places across 3 states and one external territory of Australia. 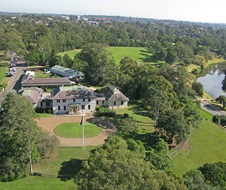 The sites span several climatic zones, from Mediterranean in the west to temperate in the south and sub-tropical in the mid-north, and were connected by a network of maritime routes throughout the Indian, Southern and Pacific oceans.

The sites included in the serial listing are:

The transportation of convicts to Australia, which has been described as ‘the greatest penal experiment of all time,’ represented the largest forced exile of citizens at the behest of a European government in modern history.

British transportation to Australia was the world’s first conscious attempt to build a new society on the labour of convicted prisoners, where over a period of 80 years between 1787 and 1868 more than 160,000 male and female convicts arrived in Australia.