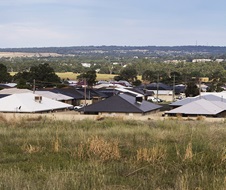 Energy Minister Matt Kean said this is a great win for the Central West as the REZ will help drought-proof traditional farming communities, as well as provide new income streams for landholders that host electricity infrastructure.

"New South Wales is driving the nation's action on climate change, by securing our economic and environmental prosperity for decades to come," Mr Kean said.

"Once complete this REZ will provide at least 3000 megawatts of cheap, reliable electricity, enough to power 1.4 million homes. It will also drive $5.2 billion in private investment into the Central West by 2030, supporting around 3900 construction jobs.

"In New South Wales, we not only have targets and plans, we also have nation-leading legislation that will deliver on our commitment to halve emissions by 2030 and achieve net zero by 2050."

"REZs are modern day power stations which bring together low-cost solar and wind generation with transmission and storage to produce cheap, clean and reliable electricity."

Member for Dubbo Dugald Saunders said this is a great milestone for the region, as the declaration gives the certainty the community needs to plan and build the REZ in a way that complements local farming and other land uses.

"As we know our region is blessed with some of the best renewable resources anywhere in the country, and this REZ will provide jobs, investment and economic benefits for generations to come," Mr Saunders said.

"We have spent a long time consulting and working with local communites to make sure this infrastructure is built where our local community wants it, and I will continue to represent community interests."

The Energy Corporation of NSW (EnergyCo NSW) will be appointed as the infrastructure planner and will coordinate the transmission, generation, firming and storage projects.

As Infrastructure Planner, EnergyCo NSW will assess and recommend REZ network infrastructure projects that best suit each community's needs. Working with a range of stakeholders, it will prepare the declaration in a way that considers local priorities and values, land use planning, investor interest and the legislative requirements.

Budget bonanza for the state's biodiversity

Have your say on the draft Continuing Professional Developme...

$37 million in conservation funding for landholders

Have your say on priorities for NSW land conservation

Have your say on biodiversity reforms

Have a 'RAD' holiday on the South coast and Highlands' natio...