Biodiversity Month is celebrated nationally in September and Saving our Species (SoS) was involved in over 40 events around the state in late August and September. 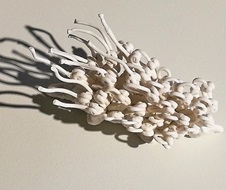 Biodiversity Month includes Threatened Species Day on 7 September, which is a special day to commemorate the precious plants and animals facing challenges in their environment and to highlight the positive work being done to save them.

Saving our Species was involved in over 40 Biodiversity Month events around the state in late August and September. The following are some of the highlights:

Community bushland guided walks, talks and family days took place over the month, including the Sydney Turpentine-Ironbark Forest in Lane Cove National Park; the wildflower walk in Muogamarra Nature Reserve; the wetlands and spotlight on the eucalyptus aquatica in Penrose State Forest; wildflowers near Albury; Marsupial Park near Tamworth; and a Bioblitz for woodland birds near Cessnock.

Several events brought art and ecology together. The collaboration between SoS’s Anna Murphy and Blue Mountains-based artist Freedom Wilson to showcase the buttercup doubletail orchid was realised in an exhibition at the Blue Mountains Cultural Centre in September.

Watch a behind the scenes video of the exhibition. 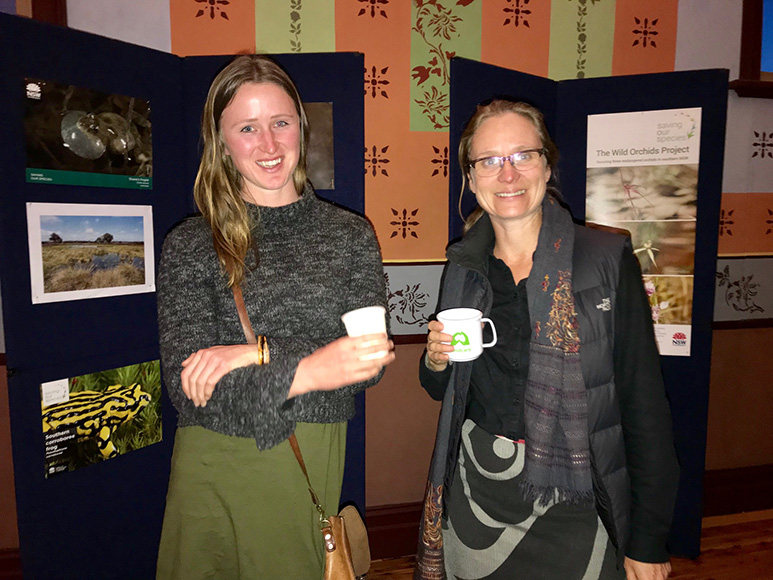 In the state’s north near Lismore, close to 700 local school students participated in the Dorroughby Education Centre’s collaboration, with activities and talks by Office of Environment and Heritage (OEH), the NSW Department of Education, Taronga Zoo, Landcare and Macadamia Castle.

The statewide Threatened Species Children’s Art Competition this year drew 2500 entries from close to 200 schools in New South Wales with some of the fantastic finalists’ artworks later displayed in the Royal Botanic Gardens. The competition’s site will soon have a gallery on their website to view or order many of the works.

Other programs for schools mentioned in this edition include the Kurrajong Koala Festival’s local koala education program and the beach-nesting birds program held for mid-coast schools earlier this year in Gatherings – the Old Bar Kombi Festival.

Excitingly, SoS has also produced a new Australian Curriculum education resource for years 1 to 6. The resource ‘Let’s find out about threatened animals that live in NSW’ describes 28 animals that are threatened in New South Wales. The resource is supported by a series of drawings by nature artist Tallulah Cummingham and provides ideas for activities and questions associated with the animals and the drawings.

See the whole range of activities that took place during this year’s Biodiversity Month. See more action and images – including highlights from the Threatened Species Bake-off – in the gallery on the homepage!

Extension given to councils to apply for coastal funds

Grants available for local councils to manage coasts and est...