The NSW National Parks and Wildlife Service (NPWS) has announced the closure of New Year's Eve events at North Head and Bradleys Head including the Amphitheatre, Mast Precinct and Athol Lawn to ensure public safety due to extreme bushfire risk. 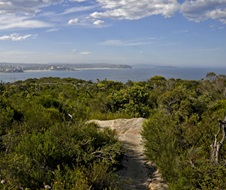 Full refunds including booking fees are already happening automatically back to credit cards and PayPal accounts, and should appear in these accounts within the next three business days. Alternative New Year's Eve vantage points may be found online at the Official City of Sydney New Year's Eve website.

NPWS Greater Sydney Director, Deon van Rensburg, said: "After detailed risk assessments over the last four days reviewing predicted fire danger rating of severe and forecasted damaging winds due on evening of 31st December it has been deemed a risk to public safety to continue the events within Bradleys Head and on North Head on New Year's Eve.

"These great venues set within Sydney Harbour National Park both have a single-entry road in and out which would make safe evacuation of large numbers of people very difficult if a bushfire started.

"Both sites also have many large trees where damaging winds would pose a very serious injury threat to ticket holders.

"In current hot weather these trees are under significant stress and gusting winds will potentially bring down large branches or even topple trees with terrible effects on anyone below them.

"The safety of ticket holders, staff, event suppliers and other agencies on site is of primary concern to NPWS, and this decision has not been made lightly."

Mr van Rensburg said the bushland setting of these two locations made them much more risky in bushfires and high winds than other NPWS venues such as the Sydney Harbour islands.

NPWS has endeavoured to communicate this final no-go decision as soon as possible.

Ticket holders who have any further enquiries relating to a purchase may contact Moshtix ticket support via the support page at Tix Support.

NSW National Parks and Wildlife Service can be contacted on events.nationalparks@environment.nsw.gov.au.