The annual koala survey in Bongil Bongil National Park, south of Coffs Harbour, is on again starting with a call for community volunteers to help find out where local marsupials might be during the breeding season. 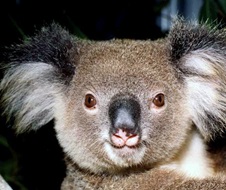 The National Parks and Wildlife Service (NPWS) manager Glenn Storrie said the survey, now in its fifth year, is monitoring koala numbers in the Park over time.

"Volunteers are needed for the survey teams to walk the Park's trails looking for the iconic native over spring," said Mr Storrie.

"We are aiming to better understand how the population in the Park fluctuates over time," said Mr Storrie.

"Volunteers will be trained and equipped to conduct night-time surveys recording the presence of koala and any other wildlife they might encounter.

"This is an exciting wildlife survey program in which we invest considerable time and effort to provide training and expertise for volunteers.

"Equipment such as spotlights and audio equipment will be supplied and volunteers will be supervised by a ranger.

"The program has proved to be popular with locals and is providing valuable citizen science data on one of the most important koala populations in the State.

The surveys are conducted just after sunset in the middle of the koala breeding season in late September to early October, a time when koalas are on the move and most vocal," said Mr Storrie.

Volunteers will be required to do one 2-hour survey every 4 nights, a total of 5 nights work over 16 days. Surveys begin on Tuesday 19 September.

An information and training day for prospective volunteers will be conducted from the NPWS office at the Coffs Harbour Jetty beginning at 10am on Sunday 17 September.

Those interested in participating in the program or who would like to know more can contact Ranger Martin Smith at the NPWS Coffs Harbour office on 66520 900 or by e-mail martin.smith@environment.nsw.gov.au.