Clarence Valley Council has been ordered to pay $300,000 after pleading guilty to destroying a scar tree which is culturally significant to Aboriginal people in Grafton and the Clarence Valley. 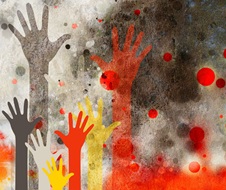 NSW Office of Environment (OEH) Executive Director Conservation and Regional Delivery, Derek Rutherford, said this outcome is one no doubt the Aboriginal community in Grafton welcome, and one which the community expects.

"This outcome sends a strong message that anyone found harming Aboriginal cultural heritage will be prosecuted and should expect stiff penalties," Mr Rutherford said.

"Individuals and corporations must be aware of their legal responsibilities before undertaking works that can impact culturally significant sites and places", he said.

Following a hearing and restorative justice conference between the Council and the local Aboriginal community, on Friday 24 December the Land and Environment Court convicted Clarence Valley Council of harming an object that it knew was an Aboriginal object pursuant to s 86(1) of the National Parks of Wildlife Act.

The Court also ordered a payment of $300,000 to the Local Aboriginal Land Council for programs for promoting and protecting Aboriginal cultural heritage in Grafton and the Clarence Valley, costs of the prosecutor, publication orders, and Local Council cultural skills development workshops.

"Clarence Valley Council lopped the crown of the tree in 2013, without authorization or consultation with the local Aboriginal community. The Office of Environment and Heritage investigated the incident at the time and a $1500 fine was issued to Council in 2014," Mr Rutherford said.

"In 2016, Council removed the remainder of the tree, also without authorisation or consultation with the Aboriginal community", he said.

Since the tree was removed, Council has acknowledged its error and has publicly apologised to the Aboriginal community. Council is now conducting a study of Aboriginal cultural heritage across the Shire to help avoid future harm to significant sites. OEH is working with Council on the study.

Chickens to teach students about sustainability