Up to 3,700 jobs in future industries and renewable energy will be created as part of the NSW Government’s response to the proposed closure of Origin’s Eraring power station. 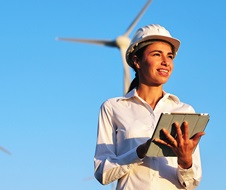 Minister for Energy Matt Kean said the Government is backing heavy industry and energy workers across the state and especially in the Hunter, by investing in clean energy manufacturing to underwrite the state’s prosperity for decades to come.

“We know some existing industries face challenges as the world decarbonises. That’s why we need to make sure the low carbon economy thrives in NSW to create the jobs of tomorrow,” Mr Kean said.

“But the replacement of ageing energy infrastructure in Australia and around the world will create a once in a generation investment boom. I want to turn it into a manufacturing renaissance for NSW, particularly our industrial heartland.”

Mr Kean said in NSW alone, there will be $32 billion of investment in energy infrastructure over the next decade, and the Government is committing $250 million over five years to make sure that infrastructure can be manufactured locally.

“NSW also has some of the cheapest renewable energy in the world, which gives us a massive competitive advantage in producing clean fuels, chemicals and materials such as green steel, green ammonia and green hydrogen,” Mr Kean said.

“Just as Tesla redefined the motor vehicle industry, I want NSW companies to pioneer new approaches to the energy transformation right across the economy.

“That’s why we are increasing our Net Zero Industry and Innovation Program to $1.05 billion to 2030 to build the state’s clean manufacturing base into new clean technologies, such as green hydrogen, cement, ammonia and steel production.

“This investment, on top of our existing $3 billion NSW Hydrogen Strategy, puts NSW and our Hunter Hydrogen Hub on pole position to become a global green hydrogen powerhouse.”

Minister for Enterprise, Investment and Trade Stuart Ayres said this investment in manufacturing would set NSW’s heavy industry up for the future and drive a jobs boom for the state.

“This investment in NSW’s clean economy sends a clear message to the world – NSW is the best place to invest in the net zero emissions future – especially our manufacturing regions like the Hunter,” Mr Ayres said.

“The $250 million Renewable Manufacturing Fund will help us secure our strategic energy supply chains and ensure that NSW business can access the equipment they need to replace our aging energy infrastructure on time.”

The NSW Government will deliver an estimated:

This is in addition to this week’s announcement of a 700MW/1400MWh grid-scale network battery on the central coast to be delivered before 2025.

Malabar Headland returned to the people of New South Wales