Environment Minister Robyn Parker today announced more than $4 million in new grants have been awarded to 49 projects across the state to empower communities to restore and rehabilitate their local environments. 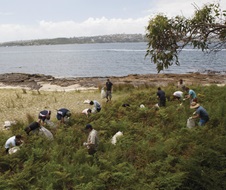 “Environment Trust grants support the community to strengthen their local environment and this year is no exception,” Ms Parker said.

“Many of the projects awarded grants will use the funds to carry out bush regeneration, revegetation and weed control in local parks, reserves and catchments.

“By restoring land that has been degraded and creating a healthy environment, native plants, animals and local communities will benefit.

“The money can be used to protect endangered ecological communities such as a grant of $100,000 to support Congewai Valley Landcare in their riparian restoration works.

“Their successful application will help in restoring river flat eucalypt forest on the coastal floodplain.

“Congewai Creek falls within the Hunter Catchment and this dedicated community group are working for the entire region to protect streams that flow into nearby national parks.

“Weed removal, revegetation and the other works planned are not easy tasks and I am delighted the NSW Environmental Trust has contributed funding to this important project.

“Projects such as $87,450 for the Northern Rivers Aboriginal Green Teams’ will unite Aboriginal groups to tackle bush regeneration on sites that have natural and cultural heritage values.”

The NSW Environmental Trust administers around $7.1 million in contestable grants annually and is an independent body established by the NSW government to fund a range of organisations for projects that enhance the environment.