Wagga Wagga is one of 7 regions that will soon be participating in a program that has already converted some 11,000 hectares of private land into conservation areas. 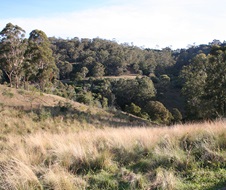 “Altogether $32 million will be invested into 11,200 hectares of private land that 34 landowners have agreed to maintain as conservation areas,” Environment Minister Gabrielle Upton said.

“That’s just under a million dollars a landowner, but the amounts vary from case to case.  We’re also announcing the opening of the next round of tenders for the program.

“We will be seeking expressions of interest from landowners in Wagga Wagga, Albury, Barwon, Cootamundra, Lismore, the Northern Tablelands and Orange who want to take part,” Ms Upton said.

“Sometimes it’s as simple as setting aside that ‘scrubby pack paddock’, which – once evaluated – could be a valuable ecosystem with endangered species.

“I encourage landholders with properties that may contain important native plants and animals to contact the NSW Government’s Biodiversity Conservation Trust (BCT).

“Successful landholders are funded, through annual payments, to maintain their conservation areas and protect the plants and animals on the land for the term of the agreement,” she said.

The three tenders that were finalised are:

Expressions of interest for the next round of tenders for the program open on 22 October or 12 November 2018, depending on the property’s location.

Additional information about the program and the roll out is available at NSW Biodiversity Conservation Trust.

The Minister announced on 15 July 2018 that the NSW Government had committed $61.4 million across the BCT’s programs for 2018-19 to deliver major benefits to the environment and support landholders to carry out important conservation management on their properties. Of this funding, $46.6 million will be used for the BCT’s Conservation Tenders in 2018-19.