As another year draws to a close, we’re taking our hats (and boots!) off to the conservation experts who have made a difference for our threatened species in 2021.

Despite lockdowns, flooding and ongoing recovery following the 2019-20 bushfires, there are plenty of reasons to celebrate and feel positive about the future for our native plants and animals.

The team at Saving our Species has worked tirelessly again this year, alongside our incredible partners, to deliver positive outcomes for threatened species right across the state.

We hope these conservation wins help you to feel merry and bright as you down tools for a well-deserved Christmas break. 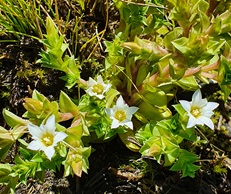 For the past few years, less than 10 endangered Bredbo gentian (Gentiana bredboensis) plants have existed within a 5m x 5m section of the total known habitat area. Sadly, half of the plant’s habitat was then burnt in bushfires in January 2020.

Saving our Species’ monitoring efforts in 2021 found 280 plants, mostly within the burnt area, making this the largest number of Bredbo gentians ever recorded. Many of the plants were even setting seed, some of which were collected and sent to the Mt Annan PlantBank.

The reasons behind this amazing increase in plant numbers include the reduction in shading from canopy vegetation that burnt in the fire and the post-fire rainfall since autumn 2020. 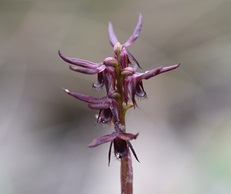 A partnership between Saving our Species and research scientists from the Royal Botanic Gardens Victoria has developed a world-first germination method to secure the future of three critically endangered orchids, located on the NSW central coast. The success of this germination trial paves the way for conservation of threatened orchids in NSW and around the world. 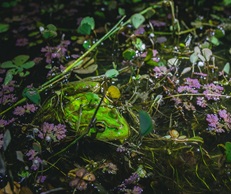 Bell frogs were calling in their hundreds at several sites near Hay and the presence of metamorph (young) frogs at several sites indicated that it’s been a successful breeding season. Frogs were heard from most of our 42 priority conservation sites this season, and also turned up at wetlands on private properties near Coleambally and Balranald where they have never been heard before. 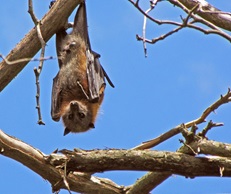 Saving our Species is pioneering a research partnership to test if water sprinklers can reduce the effects of heat stress on flying-foxes.

During the 2019–20 summer over 72,000 grey-headed flying-foxes are estimated to have died in extreme heat events and sadly this is part of an escalating trend for this threatened species.

This ground-breaking research project will determine whether sprinklers can reduce temperature-related deaths in flying-fox camps and, if so, how they can be configured to provide the best possible result for this threatened species.

SoS has partnered with World Animal Protection, Campbelltown City Council and Western Sydney University (WSU) to deliver the project and further trials of sprinkler systems will be underway this coming summer. 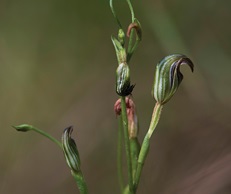 A new population of the critically endangered Pot-bellied greenhood orchid (Pterostylis ventricosa) was discovered in the Southern Highlands.

The surprise discovery of 170 of these extremely rare orchids is an example of the positive impact Saving our Species is having on the state's map of biodiversity.

To date these flowers have only ever been found in the Shoalhaven and Southern Highlands area, typically in low numbers so this recent discovery of mature individuals is a huge boost for this species. 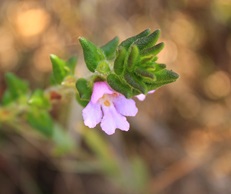 A lost population of a vulnerable little native mint-bush has been found after 50 years of searching in Royal National Park on the southern edge of Sydney.

The villous mint-bush (Prostanthera densa) was assumed lost, dead, or mis-reported from its last sighting in 1972 but has since been found 'flying under the radar' all this time, thanks to a citizen scientist and a project led by Saving our Species.

In 2015 SoS began working with National Parks and Wildlife Service (NPWS), the Royal Botanic Gardens, and volunteers from the Australian Plant Society (APS) to conserve the species.

While bushwalking in Royal National Park, an APS citizen scientist happened upon the mint-bush in flower, well away from the known small populations amid rocks on coastal headlands in Royal National Park. A formal plant survey followed, with the discoverer leading the way to a record number of individual plants. 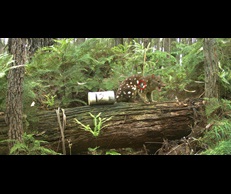 This survey and photo monitoring results indicate that this quoll population, one of four monitored across New South Wales, is stable and possibly even increasing.

Each quoll is born with its own distinct spot pattern and, like fingerprints, they are the best way we can tell each individual animal apart. In the most recent survey, young and old males and females were caught, showing that the population is a robust resident breeding population.


8. Rare plains-wanderers released back into the wild 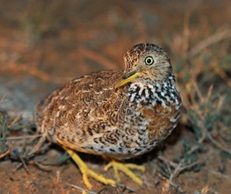 Eight critically endangered plains-wanderers bred at Taronga Western Plains Zoo Dubbo and Taronga Zoo Sydney have been released into the Northern Plains of Victoria as part of the National Recovery Program to help bolster wild populations, supported by Saving our Species.

Wild populations of plains-wanderers have declined dramatically over the past 20 years, with estimates suggesting there are fewer than 1000 individuals across the two remaining wild habitats in the Northern Plains of Victoria and the Riverina in New South Wales. 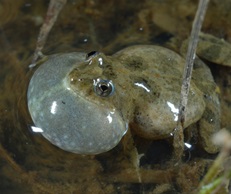 More than 100 endangered Sloane's froglets were heard calling in their new accommodation in Albury, in an innovative project between Saving our Species and Albury City Council, which provides habitat for more than just humans in new housing estates.

With the expansion of housing at Thurgoona, Saving our Species was able to work with Albury City Council and local developers to establish Sloane's froglet breeding habitat in stormwater detention basins.

The innovative constructed habitat, which operates as artificial wetlands, has been immensely successful. Across 5 constructed wetlands, surveys have found the frogs calling in numbers ranging from 1-5 calling males to up to 50 at each wetland, and we expect the numbers to increase in the near future. 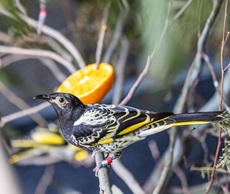 58 regent honeyeaters, bred at Taronga Zoo and Taronga Western Plains Zoo, were released on Wonnarua Country within the Kurri Kurri and Cessnock Woodlands, north-west of Newcastle.

Wild numbers of regent honeyeaters have fallen to critically low levels, and Saving our Species is working with Taronga Conservation Society and BirdLife Australia on a captive breeding program to help save this species.

Monitoring with Birdlife Australia just 4 weeks later discovered that one of these zoo-bred regent honeyeater pairs had hatched chicks in the wild, indicating the new birds are adapting well in their new surroundings.

11. Budget bonanza for the state's biodiversity 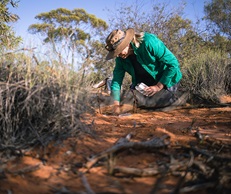 In June 2021, Saving our Species received an additional $75 million from the NSW Government to continue the momentum and innovative work of this program for at least another five years (2021–26).

The $75 million to continue the SoS program is a new commitment of funds and should be seen alongside other investments the Government is making to protect our state’s biodiversity. This includes more than $193 million over 5 years to deliver on our goal to double the number of koalas in New South Wales by 2050; more than $26 million over 2 years to implement key actions under the Land Management and Biodiversity Conservation framework; and the expansion of national parks and introduction of assets of intergenerational significance, as we strive for zero extinctions across our national parks.

12. NSW Government to the (genetic) rescue of the endangered Eastern Bristlebird Saving our Species experts are using a cutting-edge conservation technique known as ‘genetic rescue’ to turn the tide on eastern bristlebird extinction in NSW. The team have begun gathering samples from wild eastern bristlebirds to obtain information on the genetic characteristics of each population.

They will use this knowledge to selectively breed birds from different populations, with the aim of improving disease resistance, increasing genetic diversity and lifting fertility rates. The end goal is to see resilient populations of healthy birds, able to sustain population growth in the wild.

Find out how Saving our Species is working to secure a future for plants and animals in NSW.

Head to the hills in the Hunter these holidays instead

Xmas campers in the Riverina urged to check for flood alerts