Minister for Primary Industries, Lands and Water Niall Blair has announced the start of a trial to turn food waste into renewable energy to help power the Cronulla Wastewater Treatment Plant – the first of its kind for a utility in Sydney. 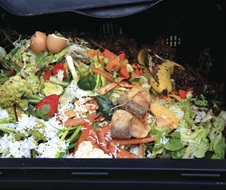 Mr Blair was joined by Environment Minister and Member for Cronulla Mark Speakman to launch the trial at the plant, which is part of a push by the NSW Government to lower energy costs and customers’ bills.

“The NSW Government is committed to finding new and better ways to lower the amount of electricity we use from the grid, not only to benefit the environment, but also to reduce operating costs of utilities and lower customers’ bills,” Mr Blair said.

“This project is a great example of Sydney Water and local businesses working together to look outside the square to develop solutions to benefit the environment and the local community.

“Not only will the food waste help to generate renewable energy to power the Plant, it will also save 150,000 wheelie bins of fruit and vegetables per year from landfill – that’s 600 wheelie bins a day, five days a week.”

Environment Minister and Member for Cronulla Mark Speakman said that this project would be of great benefit to the environment and local residents.

“Renewable energy being produced from food waste will generate more than 60% of the energy the plant needs to run, which is enough to power a third of homes in Cronulla for a whole year,” Mr Speakman said.

“Fruit and vegetable waste which is typically driven many kilometres away for landfill will also now stay in Cronulla. This means fewer trucks travelling long distances and a saving of 90,000 kilometres each year.”

The three-year trial is jointly funded by Sydney Water and the Office of Environment and Heritage’s Sustainability Advantage Program.