The NSW Government has acquired an additional 89 hectares of land to expand Cudgen Nature Reserve and aid the recovery of the Tweed koala population. 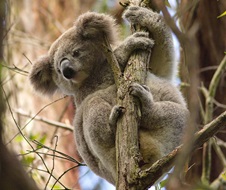 Environment Minister Matt Kean said the addition would help to provide long-term habitat protection for native plants and animals on the Tweed Coast, including the endangered Tweed and Brunswick Rivers koala colony.

“Securing land for koala habitat conservation is one of my priorities as Environment Minister as well as a core pillar of the NSW Koala Strategy, which aims to secure the future of koalas in the wild,” Mr Kean said.

“This addition is a significant boost for koala conservation on the Tweed Coast. It will protect core koala habitat and reduce the potential for fragmentation.

By working with Tweed Shire Council on a mutually beneficial land exchange, we’ve managed to increase the area of koala habitat protected in Cudgen Nature Reserve and also provide a site that council can use as a koala holding and soft release site to aid sick and injured koalas.

Member for Tweed Geoff Provest said, “By adding this land to national parks system, we’re building a better connected reserve for Tweed Coast koalas, ensuring there will be a safe home for the colony in perpetuity.”

“Cudgen Nature Reserve is part of the largest remaining stand of native vegetation on the Tweed Coast. It is home to an exceptionally high diversity of native animal and plant species.

“In addition to koalas, the reserve is home a number of threatened and endangered animal species, including the long-nosed potoroo, the glossy black cockatoo and the little bent-wing bat.

The Cudgen Nature Reserve, is located on the Tweed Coast in far north-eastern NSW, has a total area of 897.4 hectares. The reserve is considered to be of regional and state significance for the conservation of native fauna.