12 residents, the majority from rural south-western NSW, have been recognised at the inaugural DustWatch Volunteer Awards ceremony for contributing to vital dust storm and wind erosion research in Australia for over 10 years.

Dr John Leys leader of the DustWatch program, at the Office of Environment and Heritage (OEH) who manage and partly fund the program, said DustWatch is the first citizen science wind erosion project of its kind.

“The program relies heavily on the ongoing support of its 44 volunteers. Most of the 39 monitoring stations across the state are set up in extremely remote locations and we could not operate without the dedicated volunteers who collect data during dust events and maintain instruments on a monthly basis,” Dr Leys said.

“Large dust storms such as the ‘Red Dawn’ that hit Sydney and Brisbane in September 2009 can cost the NSW economy $300 million. DustWatch volunteers provide rapid information and early warning signals to protect our soil, economy, health and lifestyle from these events.”

Recipients of a DustWatch Volunteer Award include Laurence and Helen Barnes who manage a DustWatch station at Lethero on their cropping and grazing enterprise. They have monitored the site since it was installed back in 2004.

Audrey and Michael Sheehan have dedicated their time to DustWatch since 2008 from their cattle farm at Moolawatana station near Leigh Creek in South Australia.

“Vic Seekamp and her son Angus from Woolcunda station run a grazing enterprise near Coombah and have been looking after the DustWatch site since 2004,” Dr Leys said.

“Paul and his sister Belinda Hansen from Kulcurna Station near Lake Victoria are the fifth generation to live and work on the family property and have managed their DustWatch site since 2004.

“Greg and Lorraine Ayson are organic sheep graziers from Bidura Station near Penarie and have also been contributing to DustWatch since 2004.

“Greg and Lorraine have recently decided to retire from the property and will be greatly missed by the DustWatch community when they leave the property later this year.”

Sheep and cattle graziers from Kilfera Station near Ivanhoe, Clive and Fay Linnett, were also recognised for maintaining the station in Ivanhoe for about 12 years.

Dr Leys said the role of DustWatch and its citizen scientists will become even more important as climate change continues to unfold as some areas, particularly western NSW, become hotter and drier leading to increased soil erosion.

“On behalf of DustWatch, we’d like to say thank you for the important work of our volunteers.”

The awards were presented at the 9th International Conference on Aeolian Research in Mildura on Thursday July 7 2016.

To get involved or learn more visit the DustWatch website. 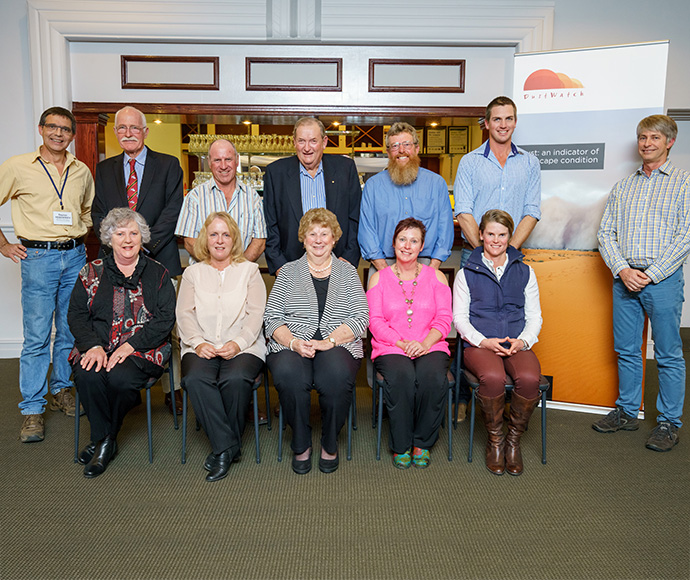 Kids can discover beauty of science with Aboriginal art

Call to community and government groups to apply for local e...