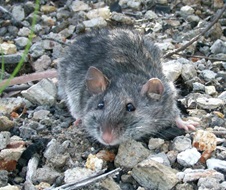 “We are relieved and delighted by this news as we were fearing the worst for this tiny, 50g native and resilient rodent given the severity of the fire, as more than 90 per cent of their habitat was burnt,” Mr Kean said.

“After such a confronting and challenging start to the year, it was a very happy moment to know a native animal already threatened with extinction has survived.”

Over the next 12 months, the Saving our Species (SoS) program will survey more areas of Kosciuszko National Park to get a better understanding of the size and location of the Smoky mouse population.

This work is supported by the recently announced Federal Government funding for post-fire wildlife recovery.

“Population numbers in the wild are quite low for this native mouse and there are now only two sites in New South Wales where Smoky mice are known to occur – the Nullica area on the Far South Coast and in Kosciuszko National Park,” said Dr Linda Broome, Threatened Species Officer, Department of Planning, Industry and the Environment.

“To help bolster its population, the SoS program also established Australia’s only captive breeding program for the Smoky mouse in 2016 with 47 mice bred to maturity so far.

“Future plans are to re-introduce the mice back to the wild to boost the Nullica population which has been dwindling because of predation by feral cats.

“Breeding happens in spring with one or two litters producing up to four young, so we are hoping to have more good news for this unique little mouse,” said Dr Broome.