Improved energy storage in New South Wales has received a boost with the installation of a new battery to help keep the lights on in households and businesses. Transmission network service provider TransGrid is installing a 50 MW/75 MWh grid connected lithium ion battery at its Wallgrove substation in Western Sydney. 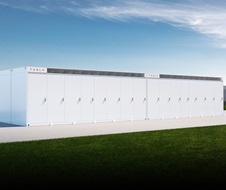 The Morrison Government is providing up to $11.5 million for the project through the Australian Renewable Energy Agency (ARENA) and the NSW Government will provide a further $10 million through its Emerging Energy Program.

Federal Minister for Energy and Emissions Reduction Angus Taylor said projects like this are important to test the ability and associated costs of using large scale batteries as a way to stabilise the grid.

"Energy storage is one of the priority technologies under our Technology Investment Roadmap but for batteries to play a role we must bring down the cost," said Minister Taylor.

"This project will test role and capability of batteries to bolster the grid, helping to improve the technology."

The decision to jointly fund the Wallgrove Grid Battery builds on the Commonwealth NSW State Energy and Emissions Deal agreed earlier this year.

"As Australia's energy mix continues to change, we need all levels of government working together to achieve strong results for consumers," Minister Taylor said.

"This project demonstrates just that – the Commonwealth and NSW governments partnering to ensure the electricity grid in New South Wales remains secure and reliable."

"Energy storage technologies like big batteries release extra energy when we need it and store electricity when we don't – making sure the grid is secure," Mr Kean said.

"As we bring more wind and solar into our electricity system, it is cutting-edge big battery projects like the Wallgrove Grid Battery that will help to maintain reliability and keep the lights on across the State.

"This is just one of 5 projects being supported by the NSW Government's $75 million Emerging Energy program. Together the 5 projects will add 220 megawatts of on demand electricity to our grid, support the creation of almost 300 jobs and inject $286 million into the State's economy."

The total project cost is $61.9 million and is expected to create 30 jobs during the construction phase.