The newest feral-free rewilding area in New South Wales is one step closer to welcoming locally extinct animals into the safe-haven, with fence construction due to begin soon. 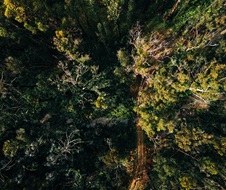 Minister for Environment James Griffin recently visited the 2,084 hectare 'Nungatta' site in South East Forest National Park near Bombala, which is the newest of 7 feral free areas around the State.

"Construction on 24 kilometres of specially-designed predator-free fencing will begin in December. Once complete, we'll start working to eradicate every feral predator from within it, before releasing locally extinct and threatened species that were once abundant back into Nungatta," Mr Griffin said.

"Our recent surveys have had great results, confirming the site has loads of truffles to feed bettongs and potoroos, which haven't been detected here for decades.

"From next year, we're planning to reintroduce native mammals that were once abundant in this habitat, such as the long-footed potoroo, eastern bettong, smoky mouse, and eastern quoll.

"The NSW Government is establishing a network of 7 feral predator-free areas across the state, making us a world leader in rewilding. Once all 7 sites are complete, 65,000 hectares of national parks will be feral free and provide a significant conservation benefit for more than 50 species."

Once established, the Nungatta site will benefit more than 20 threatened species.

Recent surveys have confirmed some threatened species like the vulnerable white-footed dunnart are hanging on, despite the presence of foxes and cats. Feral cats alone kill more than 1.5 illion native animals nationally every year.

The ambitious conservation project will see Nungatta's forests go back in time, and is part of the NSW Government's commitment to wildlife restoration.

Within just 3 years of the NSW Government establishing three rewilding sites in national parks around the State, 10 locally extinct species are now thriving after being reintroduced to the feral-free areas.

NPWS opens expressions of interest for the lease of Fort Den...

Expressions of Interest open for operation of Athol Hall

Visits to NSW national parks and reserves top 39 million in ...

New opportunity for long term lease of facilities at Jenolan...