NSW is set to benefit from a $22.9 million boost which will see an extra 125 National Parks and Wildlife Services firefighter boots on the ground before the next fire season hits. 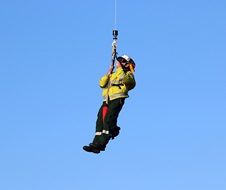 Environment Minister Matt Kean welcomed the interim budget boost and said the additional firefighters will increase hazard reduction activity in and around the highest risk areas in the lead up to the next bushfire season.

"The scientific evidence and experience of the last bushfire season is clear – extreme weather events are becoming more frequent and the level of bushfire risk will continue to increase," Mr Kean said.

"Targeted hazard reduction will continue to play an important role in reducing that risk.

"The funding means the NPWS can increase its aerial rapid-response firefighting teams by up to 80 firefighters, which is a 20% increase in capacity for teams which are deployed into remote and rugged locations to extinguish wildfires."

Mr Kean said the funding will also be used for an additional helicopter to ensure these world class rapid response teams are well placed to protect people, property and the environment.

"One of the remarkable achievements of our NPWS remote area fire crews has been their ability to extinguish fires early, even in very remote locations, preventing them from becoming larger and more dangerous fires.

"During the extreme 2019-20 season, NPWS remote area firefighters contained more than 20 fires in the Blue Mountains to an average of less than 1.2 hectares which is outstanding.

"The NPWS aerial response capacity was also critical in saving the Wollemi Pine."

The funding boost recognises the important role of NPWS as one of the four major frontline fire-fighting agencies in New South Wales.

Over the last seven years, 79% of all hazard reduction burning in New South Wales has occurred in national parks, led by NPWS working in collaboration with the RFS and other agencies.