Frogs are making their presence heard in the Gwydir in the north-west of New South Wales, with scientific surveys revealing a solid start to the breeding season. 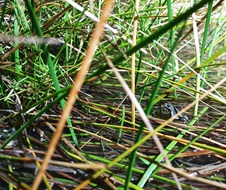 In drier years, frog habitats in the Gwydir Wetlands were sustained by the NSW Government's Water for the Environment Program. The annual frog surveys provide information that plays an important role in this water management.

"This breeding season appears to be off to a good start, as we'd expect given the succession of wet years, with lots of aquatic vegetation and habitat providing safe breeding areas," Dr Walcott said.

"We heard a lot of calling (males call to attract females for breeding) and saw a lot of egg masses (the initial evidence that breeding has occurred), and this is what we'd expect at this time of year when the wetlands hold water."

Dr Walcott said the frogs were heard calling at all hours, which was unusual.

"Generally, frogs breed more actively at night and are quieter during the day, but we could hear a constant roar in the middle of the day – at one of the wetlands at least."

Frog surveys are completed each spring to record what species live in the wetlands, how widespread and abundant they are, their breeding responses to flows (calling and tadpoles), and whether breeding was successful.

"We conduct frog surveys in September and November each year. This timing corresponds with flows, including the delivery of environmental water in some years. It is also when the frogs are actively breeding."

It is the eighth year that the frog surveys have been completed in the Gwydir.

"By surveying the same wetlands each spring, we can document how the frog communities are tracking and compare how they respond to different patterns of wetland filling and drying, including the delivery of environmental water in some years," Dr Walcott said.

"While we record all frog species, we're most interested in 6 species which we call 'flow-dependent' as we know that these species breed when wetlands fill, regardless of rain, and in this way, are most relevant to informing water management." 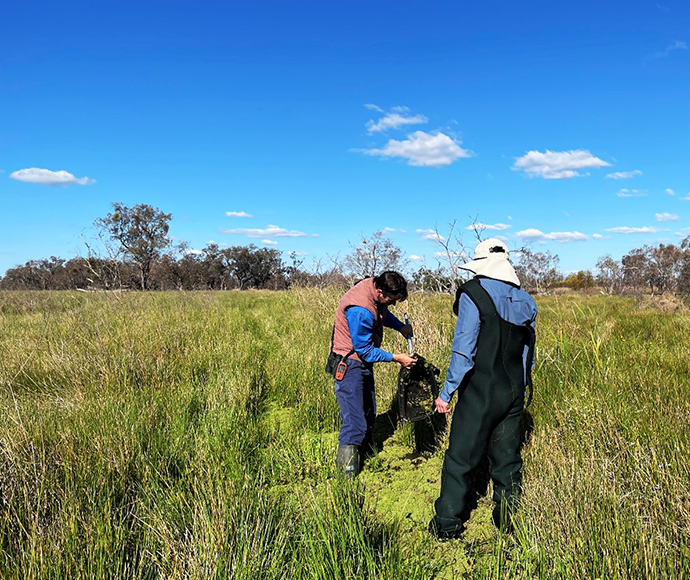