Environment Minister Mark Speakman today opened Wianamatta Regional Park to the public for the first time and announced the addition of 200 hectares of bushland to the park in Sydney’s west. 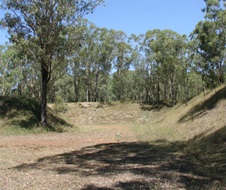 A further 450 hectares of land will be transferred once Penrith Council approved the transfer.

Initially, the park will be open to the public only on weekends until road works are completed in several months when it will be open 7 days a week.

“This site was sold 13 years ago by a previous Federal Labor Government, but we are honouring an election commitment to return the land to public hands,” Mr Speakman said.

“The Government will now get on with the job of making this a world class park, through bush regeneration, weed management, hazard reduction and protection of threatened species.”

“Wianamatta Regional Park will be 900 hectares when completed, linking Ropes Crossing in the east and Jordan Springs in the west, making it the largest Regional Park in Sydney with an area four times the size of Centennial Park.”

The NSW Government will invest $3 million in capital works funding in the upcoming 2015/16 NSW Budget towards Wianamatta Regional Park.

The government remains committed to the retention of emus on the former ADI site.

The emu habitat will first be declared as Regional Park and once rehabilitated to nature reserve status, its level of protection will be increased.

Wianamatta Regional Park is a great addition to the green space that snakes its way through Western Sydney, giving the community more places to relax and to play closer to home.

Consultation with the local Aboriginal community will continue and focus on the Park’s rich Aboriginal heritage and to provide access for traditional cultural purposes.

Native Vegetation Act to be repealed, replaced with new and ...

The environment, farmers and industry to benefit from new of...