Hadley Park, one of the oldest farming estates in Australia, will be listed on the NSW State Heritage Register, Minister for Heritage Gabrielle Upton announced 17 April. 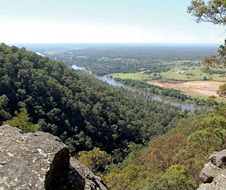 The property was once home to Charles Hadley, a pardoned convict who settled in the Castlereagh area and began building his estate within 20 years of the first fleet arriving. It has had a long association with the Hadley family who, until recently, occupied Hadley Park for around 200 years.

Ms Upton said the property on the floodplain of the Nepean River is one of Australia's oldest farming estates and an example of one of the earliest European land grants.

"Charles Hadley's residence, surrounding dwellings and farmhouses were some of the first of their kind built in the area," Ms Upton said.

"Today they contain rare and intact evidence of some of the earliest colonial building methods in Australia."

Minister for Planning and Housing, Anthony Roberts, and the National Trust of Australia (NSW) each nominated the listing.

Mr Roberts said the listing of Hadley Park ensured protection for the significant property into the future.

"This is one of the oldest early colonial properties in NSW and now generations to come will be able to learn from an important part of our history," Mr Roberts said.

Member for Penrith Stuart Ayres welcomed the addition of Hadley Park to the State Heritage Register.

"It's only right that such an important part of Penrith's history is properly protected and placed on the State Heritage Register," Mr Ayres said.

As well as its colonial history, the Heritage Council of NSW recognised the potential for a range of archeological features and deposits related to Aboriginal occupation of the area. Hadley Park will be gazetted on Friday 20 April.