Have backpack, will travel...

The Gwydir wetlands near Moree have provided a handy layover for an international traveller known simply as ‘Snipe 59’. 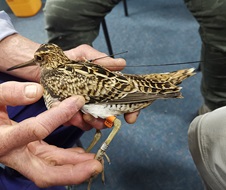 This Latham’s snipe was one of two individuals tracked by scientists to improve understanding of their migration routes, stopovers points and final destinations.

DPIE spokesperson David Preston said Snipe 59 had spent close to a month in the Gwydir wetlands before heading further north.

‘The Gwydir wetlands were one of just a few drought refuge sites in northern NSW over the summer,’ Mr Preston said.

‘Water for the environment had been used to ensure habitat was ready to bounce back after a dry spell and this has occurred.

‘Latham’s snipe have been observed here in previous years.

‘But this research helps us to understand in more detail the important role of the Gwydir wetlands in the lifecycle and migration movements of this shy little bird,’ he said. 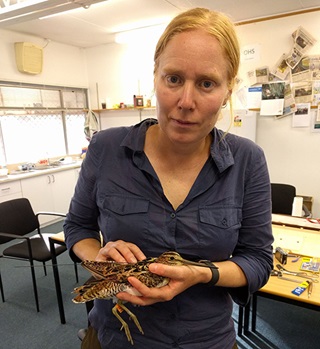 Dr Birgita Hansen is a Senior Research Fellow with the Centre for eResearch and Digital Innovation at Federation University. She is leading the research program ‘The Latham’s Snipe Project’.

‘Snipe 59 was fitted with a battery-powered GPS tracker, much like a backpack, which transmitted regular signals that allowed us to follow the bird’s progress,’ Dr Hansen said.

‘We tracked the bird from Canberra to the Gwydir wetlands, into northern Queensland and onto Papua New Guinea.

‘Snipe 59 was one of two birds being tracked. The other bird, Snipe 64, took a coastal route, to habitat north-west of Newcastle and onto Grafton.

‘From what we know of the birds, they would have taken the opportunity to forage intensively, fattening up before continuing their northward migration.

‘By understanding where these birds stopover on their way to and from the northern hemisphere, we can encourage sympathetic management of sites within and outside the reserve management system to support the survival of the species,’ she said.

The GPS trackers attached to Snipes 59 and 64 are no longer transmitting. However, the information gathered during their journey has revealed important details about their migration.

To learn more about the Gwydir wetlands, visit Water for the environment: Gwydir