The National Parks and Wildlife Service (NPWS) is calling for comment on the draft plan of management for Mallee Cliffs National Park near Mildura. 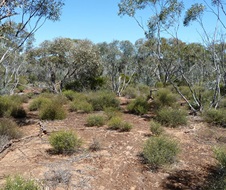 NPWS Director Mark Peacock said the draft plan is on exhibition until 28 August and outlines the park’s values and proposed management.

“Plans of management are legal documents that enable us to have a clear understanding of the values of the park and how we will manage them into the future,” said Mr Peacock.

“Mallee Cliffs National Park is nestled in the south-west corner of New South Wales on Barkandji Country and is an important area for wildlife conservation.

“As a part of the NSW Government’s flagship Saving our Species program, the plan includes the Reintroduction of Locally Extinct Mammals project to be developed on the park by the Australian Wildlife Conservancy.

“This ambitious project aims to reintroduce at least ten mammal species that have been extinct in the Mallee Cliffs for more than a century including the bilby, numbat and brush-tailed bettong. 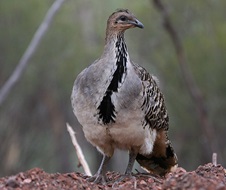 “The park is also home to 27 threatened animal species, including the endangered malleefowl and western pygmy possum,” Mr Peacock said.

The draft plan of management for Mallee Cliffs National Park can be viewed at:

Submissions on the plan must be received by 28 August 2017.