The Hunter is set to become the home of one of the State's first green hydrogen hubs with the NSW Government committing at least $70 million to their development. 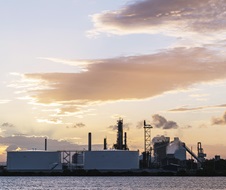 Energy Minister Matt Kean said the Hunter is a key site for these developments due to its access to existing energy infrastructure, sustainable water sources, ports and logistics capabilities and a future supply of cheap, reliable renewable energy.

"This is a win-win for our State, by investing in hydrogen hubs we will kick-start jobs and infrastructure opportunities in New South Wales while simultaneously contributing to our Net Zero by 2050 goal," Mr Kean said.

"The Hunter Hydrogen Hub will drive new low carbon jobs and help to set up the region for the future."

Touring the Hunter yesterday, Mr Kean and Parliamentary Secretary for the Hunter, Taylor Martin met with key stakeholders including the University of Newcastle's institute for Energy and Resources (NIER).

Hydrogen hubs will provide groups of hydrogen users common infrastructure for the local production, use and distribution of hydrogen. They will reduce costs by delivering hydrogen in a coordinated fashion.

"By 2050, green hydrogen has the potential to drive $350 billion in investment across Australia in current dollars and up to $26 billion per year in additional GDP, supporting the emergence of new decarbonised industries such as green steel and ammonia," Mr Kean said.

Parliamentary Secretary for the Hunter, Taylor Martin said the green hydrogen hub will be a significant boost by providing opportunities for the Hunter to innovate and diversify its industry.

"The Hunter is already an energy powerhouse and a hydrogen industry will mean new jobs and investment in the region as well as creating new markets for export," Mr Martin said.

The Hunter is set to become one of two key regions in New South Wales to benefit from becoming a green hydrogen hub. The other region is south of Sydney in the Illawarra where many of the same access to ports, logistics, existing energy infrastructure and future renewable energy resources are also available.