A key six-hectare site has been purchased by the NSW Government to expand the Mambo Wetlands and support important koala habitat in Port Stephens. 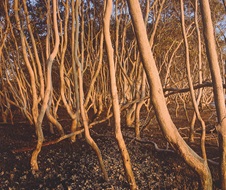 Planning and Public Spaces Minister Rob Stokes said the purchase of the site at 246-248 Port Stephens Drive, Salamander Bay, will ensure the land is returned to the community for future generations to enjoy.

“This site sits adjacent to the ecologically important Mambo Wetlands, which is treasured by the community and has a strong Aboriginal history and connection for the local Maaiangal people,” Mr Stokes said.

“This purchase will improve access to public open space for the community and visitors alike, while protecting an undisturbed coastal environment that is an important part of the area’s history.

“With the Government’s renewed focus on expanding public and open spaces across NSW, I’m delighted that we have been able to return this vital piece of land to the community.”

Environment Minister Matt Kean welcomed the acquisition, which he said was a win for the community of Port Stephens and visitors to the region.

“The protection of this site will also support the local koala population and endangered and threatened species including powerful owls, squirrel gliders, bats and migratory birds,” Mr Kean said.

“The Salamander Bay site contains fire trails and bush tracks which the community can access to experience the mature trees, native shrubs and grasses typical of a coastal wetland environment.”

The property was purchased under the Coastal Lands Protection Scheme, a long-running NSW Government initiative, set up by the Liberals & Nationals in 1973, which acquires coastal land for public access to the coast, scenic value or for environmental protection.