The NSW Liberals and Nationals Government has today introduced the landmark Marine Estate Management Bill 2014 to the NSW Parliament, which will enshrine ground-breaking reforms to the management of the marine estate in legislation. 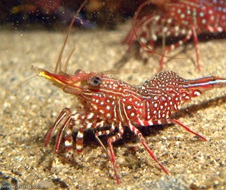 Minister for Primary Industries, Katrina Hodgkinson, and Minister for the Environment, Rob Stokes, said the Bill will put in place the legislative framework to deliver a comprehensive new approach to the management of the marine estate.

“This Bill represents a monumental shift in the way the marine estate is managed in NSW,” Ms Hodgkinson said.

“It is important to reflect where we came from – Labor’s approach to the marine estate was politically driven, rather than being evidenced-based, and resulted in meaningless lines on maps being drawn, creating ineffective ‘paper parks’.

“In June 2011 the NSW Liberals and Nationals Government delivered upon a key election commitment, by commissioning the Independent Scientific Audit of Marine Parks in NSW.

“In February 2013 we released our response to that audit, which announced a new framework for the management of the marine estate.

“Our new approach is about establishing a foundation for robust, scientific and evidence based management of the marine estate into the future.

“For too long there has been a non-strategic approach to the management of our marine estate, I strongly urge the NSW Parliament to support this Bill to restore balance and ensure our marine estate remains productive, healthy and sustainably managed.”

Mr Stokes said the way we manage our coast and saltwater economy is increasingly important because of the ever present risk of loving our marine environment to death.

“So much of our population hugs the coastline, and the people of NSW have a special place in their hearts for our spectacular beaches and headlands,” Mr Stokes said.

“Integrated coastal zone management is critical to ensure we manage the marine environment and place scientific knowledge at the centre of our decision making.”