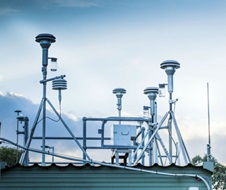 Mr Speakman said that NSW had led a national review of particulate emissions standards since 2012 and Ministers today unanimously agreed on reporting standards for annual average and 24-hour PM2.5 and PM10 emissions.

“PM2.5 (fine particles) and PM10 (coarse particles) are the categories of particulate matter most associated with vehicle and diesel emissions, industry, wood fire heaters and natural events such as bushfires and dust storms,” he said.

“We’re setting the bar high, too. The NSW-led standards for the especially dangerous PM2.5 emissions appear to be the toughest in the world. The PM10 standards are tougher than most other developed economies, including the EU, Canada and most of the USA.”

Following a commitment made at the February 2015 MEM to reduce the impact of microbeads on marine environments, Ministers also agreed that NSW and the Commonwealth would lead further work to secure a voluntary agreement from industry to phase out microbeads in personal care, cosmetic and cleaning products over two years from no later than 1 July 2016. It was also agreed that further actions in this regard would be considered if required.

“We’re so fortunate to enjoy rich aquatic ecosystems in Australia, and yet personal care products can cause significant damage to our marine life, and scientists are also worried that this may have implications further up the food chain,” Mr Speakman said. “That’s why it’s important to act now.”

The MEM also endorsed NSW’s recommendation to establish a ministerial roundtable to address the environmental impacts of plastic bags. The roundtable will be hosted by the NSW and Queensland Governments at Taronga Zoo on 29 February 2016 and consider a discussion paper that will canvass feasible and effective responses to the impacts of single use plastic shopping bags.