More than 270,000 hectares has been added to the NSW national park estate, smashing the State's target to increase the footprint by 200,000 hectares by 2021. 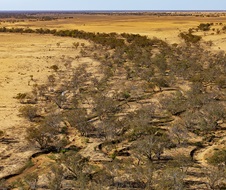 Environment Minister Matt Kean said the new additions – totaling 202,669 hectares – are the largest increase to national parks in a single day since 2005.

"I made a commitment last year to expand the parks estate by 200,000 hectares and I am pleased to see that we have achieved that and more in just over a year.

"That's why we are taking it up a notch and doubling our initial target, with a revised goal to have added 400,000 hectares in total to our national park footprint by the end of 2022."

Some of the latest additions, formally reserved on Friday, include:

The additions to Capertee National Park near Lithgow will increase protection for the Great Eastern Ranges wildlife corridor and a globally significant bird breeding area, including habitat for the critically endangered regent honeyeater. While the additions to Maria National Park will protect critical koala habitat on the State's mid-north coast.

Also included in the additions are reclaimed Travelling Stock Reserves (TSR) in the State's far-north west that are already managed by the National Parks and Wildlife Sevice.

"We have worked closely with the local community, farmers and stakeholder groups to reserve these unused connective links across eight national parks in the State's west and ensure the natural and cultural values they contain will be protected in perpetuity," Mr Kean said.