Native Vegetation Act to be repealed, replaced with new and fairer system

Legislation is now before the NSW Parliament to repeal the Native Vegetation Act 2003 and replace it with a fair, evidence-based and modern system that will improve biodiversity and agricultural productivity in NSW. 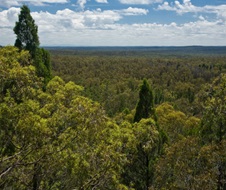 Deputy Premier Troy Grant said the introduction of the legislation delivers upon an election commitment to reform biodiversity legislation, and repeal the Native Vegetation Act.

“This landmark reform takes the shackles off farmers so they can continue to put food on our tables while producing better biodiversity outcomes for our environment,” Mr Grant said.

NSW Environment Minister Mark Speakman said the legislation was supported by a record investment of $240 million over five years, plus $70 million per year after that in private land conservation, in addition to $100 million for the Saving Our Species Program.

“We’ve committed to this being a balanced, fair and ecologically sustainable package.”

“Farmers should be able to be productive and profitable while still working to improve the environment – these reforms will finally allow them to get on with doing that,” Mr Blair said.

“For two decades Labor’s laws – which began when Bob Carr introduced the notorious ‘SEPP 46’ in 1995 – have hung around the neck of our farming sector and have failed everyone, with biodiversity decline in NSW accelerating.

“This legislation will finally rid regional NSW of the inequitable and unbalanced Native Vegetation Act, and will replace it with a reform package that restores fairness for farmers.”

The reform package implements the 43 recommendations of the Independent Biodiversity Legislation Review, which the NSW Government commissioned in 2014, and its introduction to Parliament follows an extensive eight-week public consultation period earlier this year.

The Biodiversity Conservation Bill 2016 and Local Land Services Amendment Bill 2016 are intended to commence in 2017. For more information, visit landmanagement.nsw.gov.au.

'The Drip' incorporated into a national park