New battery to power up at Liddell 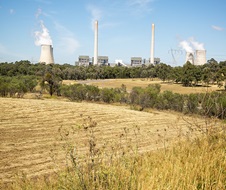 Treasurer and Energy Minister Matt Kean said batteries will play an important role in delivering reliable and affordable electricity to the homes and businesses in New South Wales and will become an intergral part of the State's energy future.

'The NSW Government's Electricity Infrastructure Roadmap is the nation's most ambitious renewable energy plan, which is expected to attract up to $32 billion of investment in new electricity infrastructure,' Mr Kean said.

'Big batteries combined with solar, wind and pumped hydro will help to deliver some of the cheapest and most reliable energy to the families and businesses of New South Wales.'

'This planning approval is a big win for the Hunter, with the project expected to create up to 100 construction jobs and attract $763 million worth of capital investment.'

Minister for Planning and Minister for Homes Anthony Roberts said the approval signifies a sunny future for the Hunter and will shore up energy supply as the power station closes over the next 2 years.

'This new battery is three times the size of Tesla's battery in South Australia and will ensure our electricity grid continues to power on as coal-fired power stations power off,' Mr Roberts said.

'Renewable energy in NSW is a rapidly growing sector, and battery systems like this enable the industry to store renewable power and support the grid network when it needs it most.

'This is the third battery approved in NSW since planning rules changed 2 years ago, to provide a clearer, simpler process for large stand-alone batteries, with a further 13 in the pipeline. That's a potential 3980 megawatts worth of power in the system.'

The project's proponent, AGL, has advised that the battery will be constructed in stages, with the first stage expected to be operational by 2023.