The NSW Electricity Infrastructure Roadmap has reached an important milestone with the appointment of AEMO Services Ltd, a subsidiary of the independent Australian Energy Market Operator (AEMO), as the NSW Consumer Trustee. 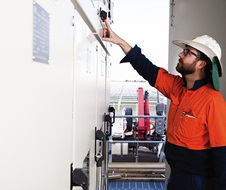 Energy Minister Matt Kean said the appointment is a vital step in unlocking the expected $32 billion of private sector investment needed to deliver the next generation of electricity infrastructure that will keep the lights on and prices down.

"The Roadmap is a once in a generation opportunity to transform our State's electricity system into one of the cheapest, cleanest and most reliable in the world," Mr Kean said.

"The Consumer Trustee will play a vital role in delivering our Electricity Roadmap, acting as the custodian of the long-term financial interests of NSW consumers.

"This appointment is a win for consumers and industry, allowing the Roadmap to draw on AEMO's expertise while making sure that AEMO continues to perform its current role running the energy market."

The Consumer Trustee will play a pivotal role in:

The Consumer Trustee was appointed following a rigorous evaluation and consultation process and focused on selecting a Consumer Trustee model that made the most sense for NSW, while supporting the broader National Electricity Market.