New England will become a NSW powerhouse, with the NSW Government today announcing a $79 million plan to develop a second, massive 8,000 MW Renewable Energy Zone (REZ) in the region. 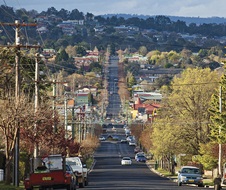 Deputy Premier John Barilaro said the Government was forging ahead with its plans to deliver new energy infrastructure that will lower electricity bills, create jobs and make regional NSW the home of renewable energy investment.

“The New England REZ is expected to attract $12.7 billion in investment, support 2,000 construction jobs and 1,300 ongoing jobs – all while lowering energy prices and future-proofing the regions,” Mr Barilaro said.

“Regional NSW is the best place in Australia for renewable energy investment and the jobs it creates, and this funding allows us to unlock that potential.”

“The nine-fold level of interest in the Central-West Orana REZ was astounding, so it makes absolute sense to go even bigger with the New England REZ,” Mr Kean said.

“The New England REZ will be able to power 3.5 million homes and, when coupled with Central-West Orana REZ, sets the State up to become the number one destination across Australia for renewable energy investment.”

Member for Northern Tablelands Adam Marshall said the REZ represented an excellent opportunity for the region to create jobs, diversify its local economy and improve local roads and telecommunications infrastructure.

“Our region is fast becoming the renewables capital of NSW and we’re home to some of the best renewable energy resources in the country, with flagship wind and solar projects at Glen Innes and Armidale living proof of this potential,” Mr Marshall said.

“Today’s official declaration of New England as an 8,000 MW REZ is a long-awaited milestone for the future of the region and I am determined to see community-wide benefits flow from this announcement.”

The New England REZ is the second Renewable Energy Zone planned for NSW and will be built in stages, with the delivery timetable to be developed throughout the detailed planning process.