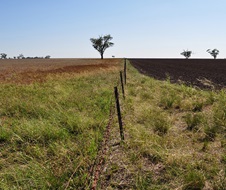 Mr Blair said the NSW Government has committed $240 million over five years in private land conservation and an additional $70 million each year in ongoing funding to the new system.

“The improved framework will provide greater fairness and flexibility to farmers so they can focus on what they do best, producing some of the best food and fibre in the world,” Mr Blair said.

“The old laws pitted farmers against environmentalists, while doing nothing for productivity or biodiversity.

“The NSW Government is delivering a modern, innovative and integrated system that is balanced, scientific and evidence-based, and places farmers at the centre of efforts to reverse the current decline of biodiversity in NSW.

“The new system creates more options for farmers to boost agricultural productivity and manage private land for conservation, supported by 65 additional Local Land Services staff dedicated to this program on the ground.”

As part of the reforms, the Biodiversity Conservation Trust will be established to manage the $240 million private land conservation program.

Ms Upton said the Biodiversity Conservation Trust Board has been appointed, with its members bringing extensive experience in conservation of biodiversity, rural and regional land and resource management, financial management, and law and governance.

“The Trust will deliver the Government’s unprecedented investment in private land conservation. This investment is in addition to the NSW Government’s $100 million Saving our Species program,” Ms Upton said.

“For the first time state-wide standards have also been introduced under the new system for development in local communities to avoid, minimise and offset environmental impacts.”

The Trust is also responsible for securing offsets for developers who choose to use the Biodiversity Conservation Fund to fulfil their biodiversity offset obligations.

The Biodiversity Conservation Trust Board consists of:

The reforms commit to the 43 recommendations of the Independent Biodiversity Legislation Review, which the NSW Government commissioned in 2014, and drew on feedback received during an extensive three-year consultation process with key stakeholders and the community.