A new plan to protect koalas and conserve critical biodiversity assets in growing parts of Western Sydney has been unveiled by the NSW Government today. 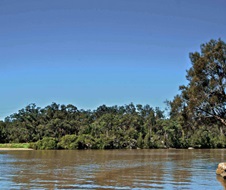 Minister for Planning and Public Spaces Rob Stokes said the draft plan is one of the largest strategic conservation planning exercises ever in Australia.

“Rather than assessing the biodiversity impact of individual development applications on an ad-hoc basis, we’ve identified upfront the key areas that need to be protected.

“With Western Sydney’s population expected to reach 1.5 million people by 2056, this plan delivers certainty for local communities and investors alike. Too often the environment has been an afterthought in urban planning. This plan prioritises and protects urban bushland before urban development. This approach secures environmental conservation but with the certainty needed to support the strategic delivery of infrastructure, housing and jobs for Western Sydney.”

“The Georges River Koala Reserve will protect up to 1885 hectares of existing koala habitat and enhance the connectivity of fragmented patches of important habitat, including protecting the important north-south koala corridor so this iconic species can move about safely,” Mr Kean said.

“We will invest $84 million in the first 5 years to plant 100,000 trees in the Georges River Koala Reserve to restore koala habitat and install 120 kilometres of koala fencing.”

The draft plan incorporates findings from the NSW Chief Scientist’s Campbelltown Koala Report which provided advice on effective methods to mitigate the impact of urban development on koala habitat.

$1.5 million in grants for businesses to cut energy costs