Quolls, bettongs and the brush-tailed phascogale are just some of the locally extinct species making their historic return to a new national park and feral predator-free area in western Sydney. 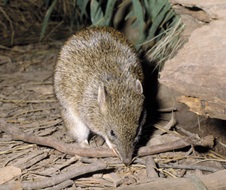 Premier Gladys Berejiklian said the 500 hectare site at Shanes Park between Penrith and Windsor will be one of the largest new national parks in western Sydney in over a decade.

"The pandemic has shown us how important our open public spaces are, they are critical to our mental and physical well-being," Ms Berejiklian said.

"This project will not only allow the people of western Sydney a new place to enjoy the outdoors but they will also get to access a conservation area and one of the nation's best wildlife experiences."

Environment Minister Matt Kean said the new Shanes Park site will become a tourist destination and will allow visitors to see what the Australian bush was like over 200 years ago.

"No where else in the country is the reintroduction of 30 species in an urban setting of over 500 hectares even being considered, let alone being delivered."

"Visiting Shanes Park will be like stepping back in time to see the Australian bush alive with native animals as it was before foxes, cats and rabbits had such a devastating impact."

Minister for Jobs, Investment, Tourism and Western Sydney Stuart Ayres said this project will be a welcome addition to the growing list of attractions bringing tourists to Western Sydney.

"This will become a must see destination for visitors not only from greater Sydney and across the state but also from interstate and around the world," Mr Ayres said.

"They will be able to see and experience some of our most unique, threatened and endangered wildlife and habitats right here in the heart of western Sydney."

Shanes Park is one of seven feral-free areas either established or being established in NSW national parks providing a conservation benefit to over 50 threatened species.

"A network of predator-free areas is an essential part of our strategy to protect and restore our most vulnerable native species and this new project will bring the total feral-free area in NSW national parks to almost 65,000 hectares," Mr Kean said.

Public access to the new national park is expected by early 2023 which will include a one of a kind visitor experience including visitor facilities, interpretive signage and an education centre which will run nocturnal spotlighting tours.

Establishment of the feral free area will begin with the construction of specialist perimeter fencing which is expected to begin in the next 3 months. The new national park will be declared in early 2022 following consultation with Aboriginal groups on an Aboriginal name.

In addition to Shanes Park, 3 other feral predator free areas are planned: