The NSW Office of Environment and Heritage (OEH) has announced an extension of the Government’s successful Building Resilience to Climate Change (BRCC) program, which invites local government organisations to apply for grants up to $80,000. The project builds resilience to climate change in local communities by addressing identified risks and vulnerabilities. 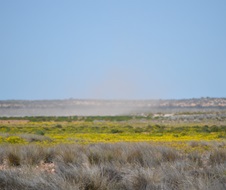 Announcing the third round of funding, OEH Deputy Chief Executive Ian Hunter said local councils have a role in helping to manage the risks of climate change in their communities.

“They are responsible for a broad range of services likely to face significant impacts from climate change, such as public infrastructure, development and planning, environmental management, and protecting public health and safety.

“The third round of the Building Resilience to Climate Change program has now opened, offering $460,000 in grants for projects that build resilience to climate change.

“This round we are inviting council projects that build resilience of vulnerable communities or adapt priority infrastructure to climate change,” Mr Hunter said.

LGNSW President Keith Rhoades said adapting to climate change is important for all spheres of government, with the breadth of projects under consideration demonstrating a vast range of innovative and collaborative local solutions.

“The high level of interest from local government in this issue shows councils are seeking to tackle climate change risks within their day-to-day operations, including service delivery and infrastructure, to help protect their communities,” Cr Rhoades said.

“We are delighted that the Government has decided to extend this vital stream of funding support for councils to address climate risks.”

The grants encourage collaboration through local alliances, common activities and resource sharing, which builds capacity to address risks and vulnerabilities in regional communities.

“Fostering adaptation action at a local level helps all of NSW build resilience to climate change by creating networks between community organisations, local councils and businesses and the NSW Government.”

Mr Hunter said when state and local government work together to manage the risks of climate change in communities, it can reduce long-term economic, social and environmental costs.

“The first two BRCC rounds received proposals for 120 climate change adaptation projects, seeking over $5 million in state government support. So far 14 projects have been funded to the tune of $890,330.

“This program has been extremely well received by local government, with high participation rates and strong program outcomes. It’s the most recognised adaptation resource in the State*,” Mr Hunter said.

*as assessed in the 2015 Climate Change Adaptation Survey of NSW local government needs.