The NSW National Parks and Wildlife Service (NPWS) is set to become the first national parks agency in Australia to commit to being carbon positive, with the release of the NPWS Carbon Positive Plan. 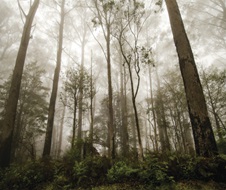 Environment Minister, Matt Kean said this is another great first for NSW, by 2028 NPWS will remove and store more carbon than it creates, reaching net zero emissions and then becoming carbon positive.

"By 2028 the removal of carbon dioxide from the atmosphere by our national parks will exceed the emissions generated by NPWS in managing those parks," Mr Kean said.

"This is a visionary plan that highlights the importance of the national parks in combatting climate change alongside the critical role they already play in the conservation of biodiversity providing home to 85 per cent of threatened species in the state.

"It's all designed to position NPWS at the forefront of global environmental efforts."

National parks also represent one of the largest carbon stores in the State, protecting over 40% of all forest carbon. NPWS will protect these existing carbon stores through effective fire management, and invest in a suite of biodiversity-friendly carbon sequestration projects.

One of these is at Koonaburra, recently registered with the Clean Energy Regulator, where a regeneration project will boost investment in carbon and conservation works (enhanced feral animal management across the park) to remove around 900,000 tonnes of CO2 in the next 25 years.

The launch of the Plan coincides with the tabling of the Protected and Conserved Areas Joint Statement in Climate Change and Biodiversity at the United Nations climate meeting (COP26) in Glasgow, a declaration by protected area managers from around the world, including the NPWS.

"In signing this Statement the NSW Government acknowledges the critical importance of national parks and the commitment the NPWS has to implementing global nature-based solutions, such as revegetation, to managing our twin environmental crises: the accelerating destruction of nature and climate change," Mr Kean said.

NPWS will also be one of the first government agencies to report biennially on climate-related financial risk, as part of the Taskforce for Climate-related Financial Disclosure and rigorous carbon accounting in alignment with national and international accounting standards.

NPWS is currently investigating the level of annual carbon sequestration by national parks and additional data once analysed, may demonstrate a carbon positive position achieved before 2028.