Environment Minister Matt Kean has today announced that after being absent for over half a century, the iconic platypus is set to make its return to The Royal National Park just south of Sydney. 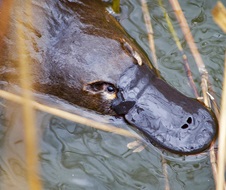 "We are returning one of Australia's most iconic species to Australia's first National Park," Mr Kean said.

"The platypus is seen nowhere else on the planet and like so many of our other precious native species, its future is uncertain. Unfortunately, we have some of the worst extinctions rates anywhere in the world and we have to make sure the platypus never makes that list."

"I am so excited for this partnership which will bring together some of our best minds from UNSW, the World Wildlife Fund for Nature–Australia (WWF), Taronga Conservation Society Australia and the NSW National Parks and Wildlife Service (NPWS) to ensure the platypus' future."

Once thriving in the rivers of the Royal National Park, there have been no recorded sightings of platypus since the 1970s. This new project will translocate an initial group of 10 platypus, a mixture of males and females, in the first half of 2022.

NPWS will also be investing in public viewing infrastructure once the initial population is established. This will consist of specialist boardwalks and viewing platforms designed to have minimal impact on platypus habitat.

Professor Richard Kingsford from UNSW's Centre for Ecosystem Science says it is vital we develop the capability to actively manage platypus populations and do a better job at protecting their freshwater homes.

"While platypus are resilient animals, we want to make sure future generations can see them in the rivers of the Royal and all the way down the east coast of Australia," said Professor Kingsford.

"Platypus are hard to see and mainly nocturnal animals, so we will survey and assess the condition of all the rivers and creeks in the park and checking which part of the rivers are suitable for reintroducing new individuals,"

WWF–Australia's Rewilding Program Manager, Rob Brewster said the project is an important first step to ensure we can see these iconic animals thriving again in places where they have not been seen for decades.

"Platypus are to our rivers what koalas are to our forests, but there's a risk they will disappear if we don't talk bold steps to reverse their decline," said Mr Brewster.

"This project will combine rigorous scientific monitoring with on-ground action to return platypus to rivers they once called home."

As part of a worrying trend the platypus has been in decline across much of its traditional range due to river mismanagement, habitat destruction, predation by invasive species, and an increased frequency and severity of droughts and fires due to climate change.

Platypus will be fitted with acoustic tags so researchers can track their progress and any breeding activity for up to 2 years.

"Taronga is working to protect the platypus on multiple fronts, from building capacity to respond to climate change, to providing our unique skills in veterinary care, husbandry and conservation science to this exciting translocation project," said Dr Meagher.

"With declines across the species range, we look forward to working with our partners to develop all the necessary tools to secure a future for our emblem species."

The team, working with WWF and Taronga, will also survey other platypus populations across New South Wales to determine where the species is doing well and where animals could be sourced for reintroduction into the Royal National Park.

Researchers will begin this new project by surveying rivers in the Royal National Park to identify suitable habitat and confirm, as everyone suspects, that all the platypus have gone.