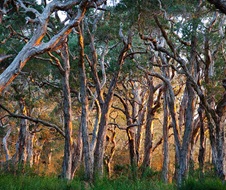 Campgrounds, day use areas, beaches and roads in the National Park are now accessible by the public.

Rainfall in the area since Thursday (16th Jan) has moderately alleviated the dry conditions in the national park reducing the immediate risk of bush fire.

Waterways are open and boat-based access to land is now permitted.

Tracks and trails located in Myall Lakes National Park are open except for:

Despite the rain a park fire-ban remains in place.

During park fire ban periods, all campfire and solid fuel (wood, heat beads, charcoal, briquettes, hexamine) barbecues and stoves are prohibited. Fireworks are not permitted in the park.

For updates on alerts and closures for Myall Lakes National Park and other national parks in NSW visit National Parks and Wildlife Service. For up-to-date fire information, including on total fire bans (TOBANs) visit the NSW Rural Fire Service: Fires Near Me website and app. For full details and updates on all road closures check with Live Traffic NSW before travelling through any National Park and generally avoid driving in any bushland.

Community knowledge and culture day to help save Malleefowl