A huge $380 million will be invested in implementing the state’s landmark Electricity Infrastructure Roadmap, as part of the 2021-22 NSW Budget. 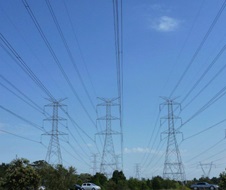 Treasurer Dominic Perrottet said the funding will be injected over the next four years to enable the NSW Government to get on with the job of delivering cheap, reliable electricity for homes and businesses across the state.

“The Roadmap is expected to attract $32 billion of investment over the next decade and create thousands of jobs,” Mr Perrottet said.

"This investment is consistent with key recommendations of the Productivity Commissioner Peter Achetstraat's recently released White Paper which highlights the importance of a reliable, sustainable and productive supply of energy for NSW."

“We have the most ambitious renewable energy policy in the country,” Mr Kean said.

“With four of our five coal fired power stations due to reach the end of their technical lives in the next fifteen years, we are on the clock to replace them before they close to keep the lights on and prices down.

“The Roadmap is expected to deliver NSW families and businesses some of the cheapest electricity in the OECD and will set the State up for success in a low carbon world.”

This funding will ensure transmission upgrades in the Central West-Orana Renewable Energy Zone (REZ) are shovel-ready by the end of 2022 and fund the set-up of the Roadmap including the Consumer Trustee, Financial Trustee, and Regulator to protect consumers and drive competition.

The budget funding boost builds on more than $110 million of existing funding commitments, including $40 million for the Central West-Orana REZ and $79 million for the New England REZ. The NSW Electricity Infrastructure Roadmap is the NSW Government’s legislated plan to bring online 12 gigawatts of renewable energy and 2 gigawatts of storage by 2030.

Extra help for businesses to phase out single-use plastics

Statement on Net Zero Emissions and Clean Energy Board