The Central-West of NSW is set for a jobs and investment bonanza, following massive interest in the State’s first Renewable Energy Zone (REZ) and a further $31.6 million of funding from the NSW Government. 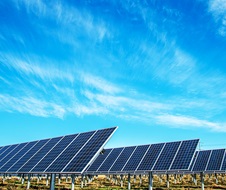 Deputy Premier John Barilaro said the NSW Government had received 113 registrations of interest, totalling 27 gigawatts and valued at $38 billion, looking to connect to the 3 gigawatt REZ in the Central West and Orana regions of NSW.

“With our local communities doing it tough from drought and now the COVID-19 pandemic, this phenomenal response shows the massive opportunity REZs can create with jobs, investment and new revenue streams for regional NSW.

“By coordinating development in a strategic way, REZs also help us get the land use planning right, and renewables built in places that work for the community, not just developers.”

Energy Minister Matt Kean said the NSW Government had committed a further $31.6 million to the Central-West Orana REZ, bringing the total budget to over $40 million.

“With this funding locked in, we can bring the Central-West Orana REZ from a vision to a reality.

“The Central-West Orana REZ, the first of the State’s three Renewable Energy Zones, will be the modern-day equivalent of a traditional power station, capable of powering 1.3 million homes.

“I want NSW households and businesses to have some of the cheapest and cleanest electricity in the world and this REZ will bring in the low-cost solar and wind to do that.

“The Energy Corporation of NSW will oversee the development of the REZ, and this new funding will enable it to coordinate the technical design and planning processes, lead community engagement and oversee the local benefit sharing process,” Mr Kean said.

Member for Dubbo Dugald Saunders said the Central-West Orana REZ is a win for the region’s landowners, workers and businesses.

“The Central-West Orana region has huge potential to benefit from renewables jobs and investment.

“My focus is on making sure they are built in the right locations, have strong local support and deliver long term benefits for our community,” Mr Saunders said.