In this edition, we explore some of our Saving our Species (SoS) science and research work in action. We also gain an appreciation of how volunteering with SoS can help create great inroads to careers in ecology and conservation in our feature with six strong ‘Volunteer Voices’ leading up to National Volunteer Week in May. And, of course, our volunteers’ efforts greatly increase our SoS projects’ achievements and outcomes. 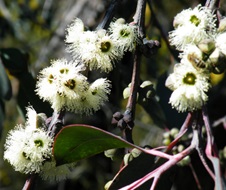 Thank you to those who continue to contribute their time, energy and expertise into the Saving our Species program. 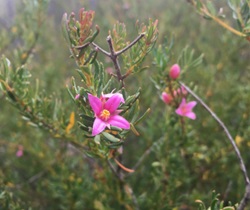 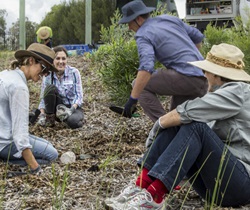 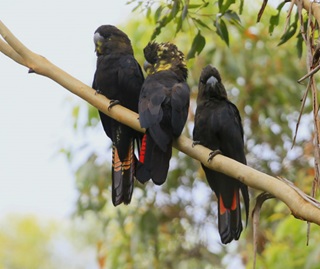 Description: A small brown-black cockatoo with a massive, bulbous bill and a short crest.

Males have a prominent red tail panel, while that of females is yellow to orange-red.

They are usually seen in pairs or small groups feeding quietly in she-oaks.

Distribution: The species is uncommon although widespread throughout suitable forest and woodland habitats, from the central Queensland coast to East Gippsland in Victoria, and inland to the southern tablelands and central western plains of NSW, with a small population in the Riverina. An isolated population exists on Kangaroo Island, South Australia.

Diet and habitat: Feeds almost exclusively on the seeds of several species of she-oak (Casuarina and Allocasuarina species), shredding the cones with its massive bill. Is dependent on large hollow-bearing eucalypts for nest sites and a single egg is laid between March and May.

Threats: Scientists think that to breed successfully, glossy black-cockatoos need food trees to be near their nest trees, therefore, loss or removal of habitat is a threat. Feral predators are also a threat.

Read about some of the SoS actions for the Glossy Black-cockatoo.

Threatened Species Day (TSD) takes place on 7 September each year – the day when the last-known Tasmanian Tiger died in captivity in 1936.

It’s time now for SoS and our local NSW communities and schools to start thinking about and planning this year’s activities to mark this special day during Biodiversity Month in September.

Dates for your diary 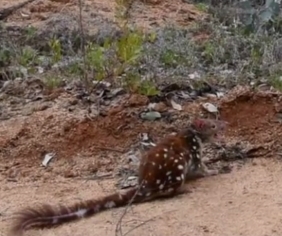 Resilience - searching for the spotted-tail quoll

In this video, watch amazing footage of quoll monitoring in the Byadbo Wilderness of Kosciuszko National Park.

Threatened and significant flora of roadsides in the Windellama district

This project considers the location and conservation significance of 3 threatened plant species found on roadside sites in this district.

Saving our Species in the news


In addition to strong social media postings, there were close to 50 Saving our Species items appeared in print and electronic media over the last 2 months. Here are a few from around the state: